If the apartment has a stunning sea view, then it has to be shown to everyone. The owners of this spacious penthouse in the downtown did just so: they rebuilt their home in such a way that the loud parties could be held there.

In the middle of the spacious living room combined with a kitchen there is a large table for friendly feasts. It’s very comfy to chat at the bar, or, if you want some solitude, you can enjoy a stunning view of the city opening from the terrace.

At the far end of the apartment there is a bedroom with a labyrinth of dressing rooms. It was important for the mistress that she could put her impressive collection of clothes there. The windows in this apartment look out on the three cardinal points, so the house is always filled with the sunlight. Thanks to the use of glass blocks — there is natural light even in dressing rooms.

There was a natural parquet left by the previous owners of the apartment, and it was decided to renew it and slightly change its color. Natural wood can be found in every room — for example, the shower tray in the bathroom is made of teak. Brick also became an important material in this project, and its color depends on the context of each room. It varies from black in the bedroom (so it matches the soft wall panels) to white and natural terracotta in the other rooms.

Natural stone and its texture was given a special attention in this project. It slightly attracts attention in the bathroom, but it’s difficult not to notice it in the living room — the complex texture of the dining table can be examined for hours.

This home expresses discreet luxury. And is shown in small details. 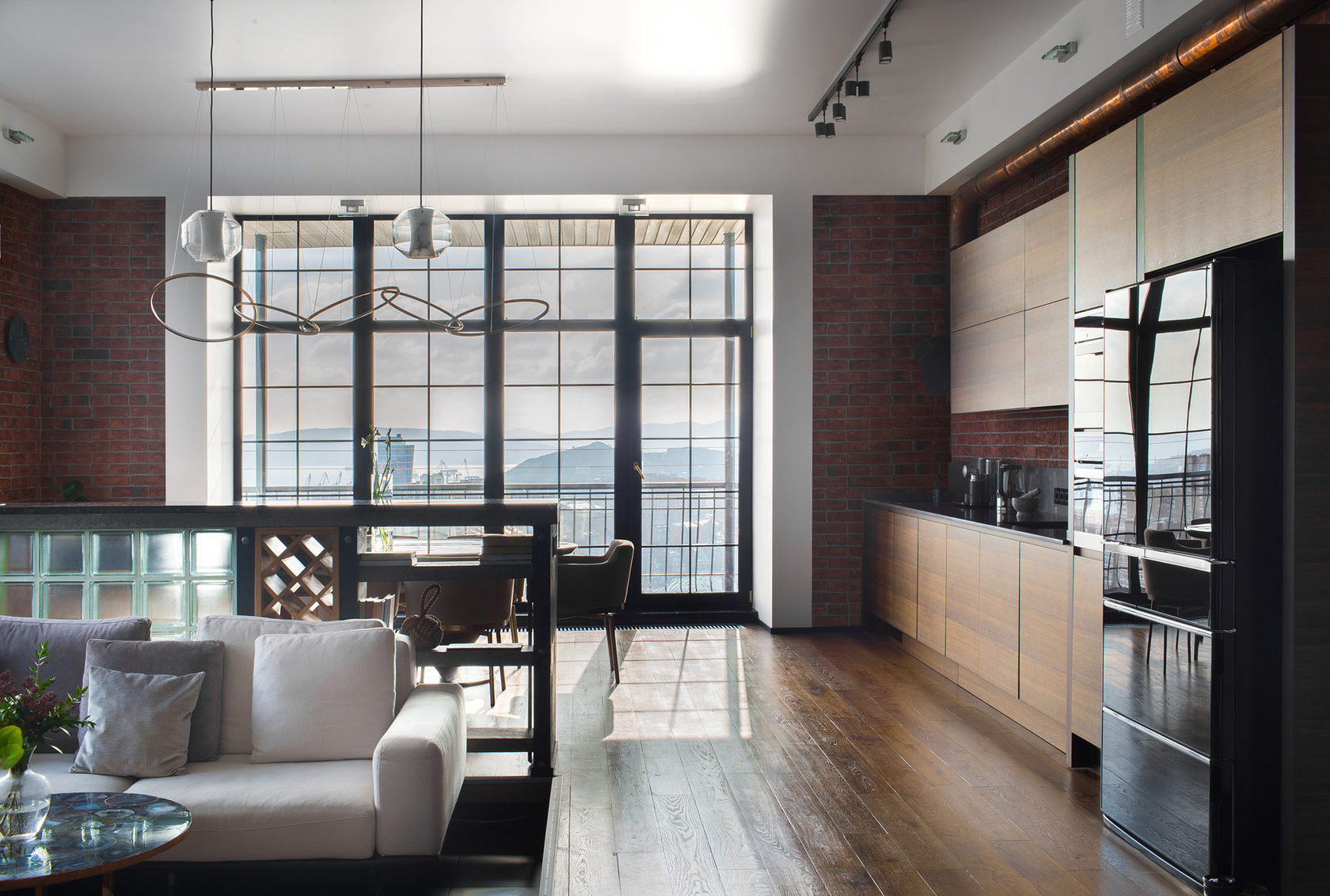 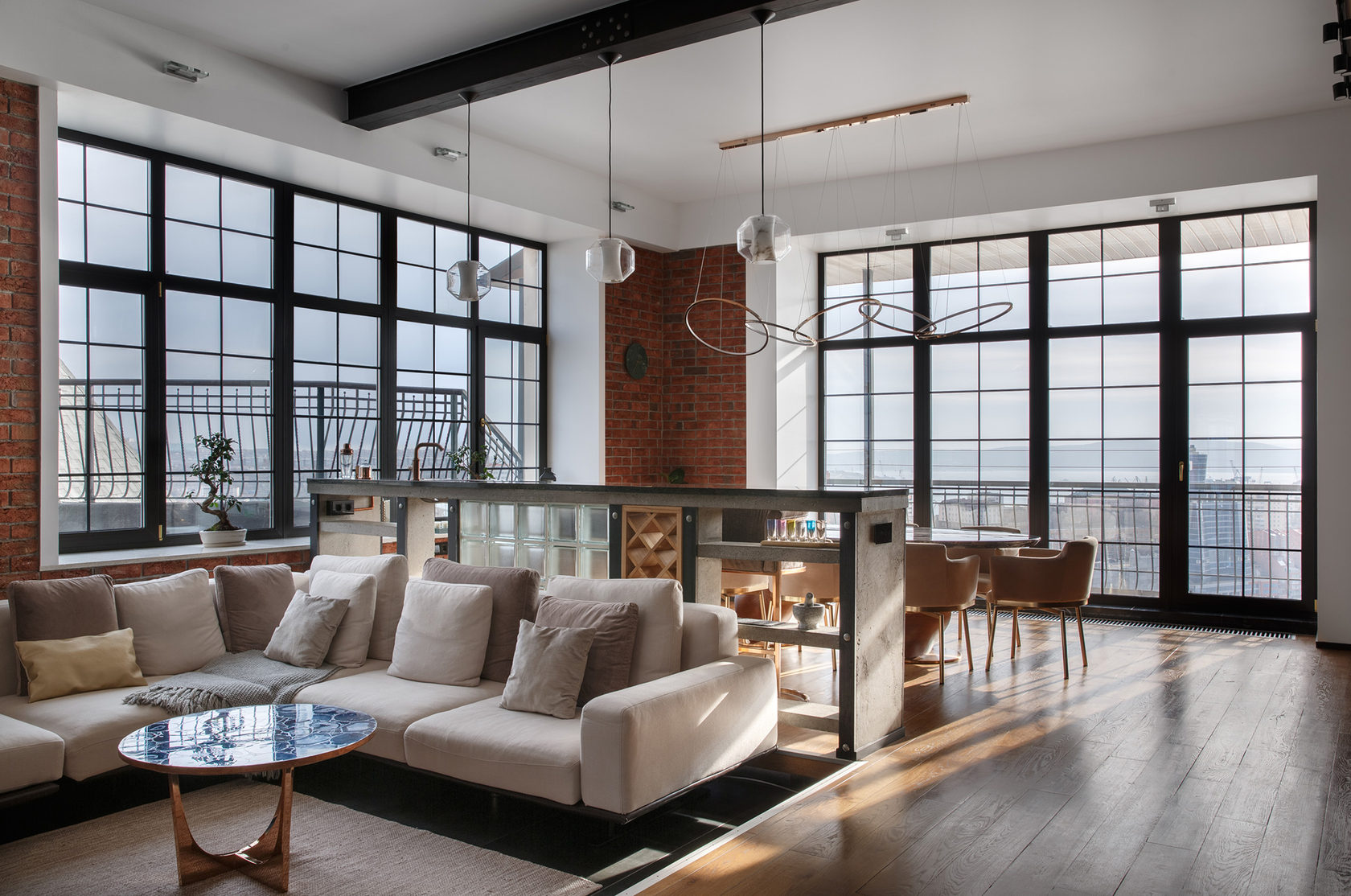 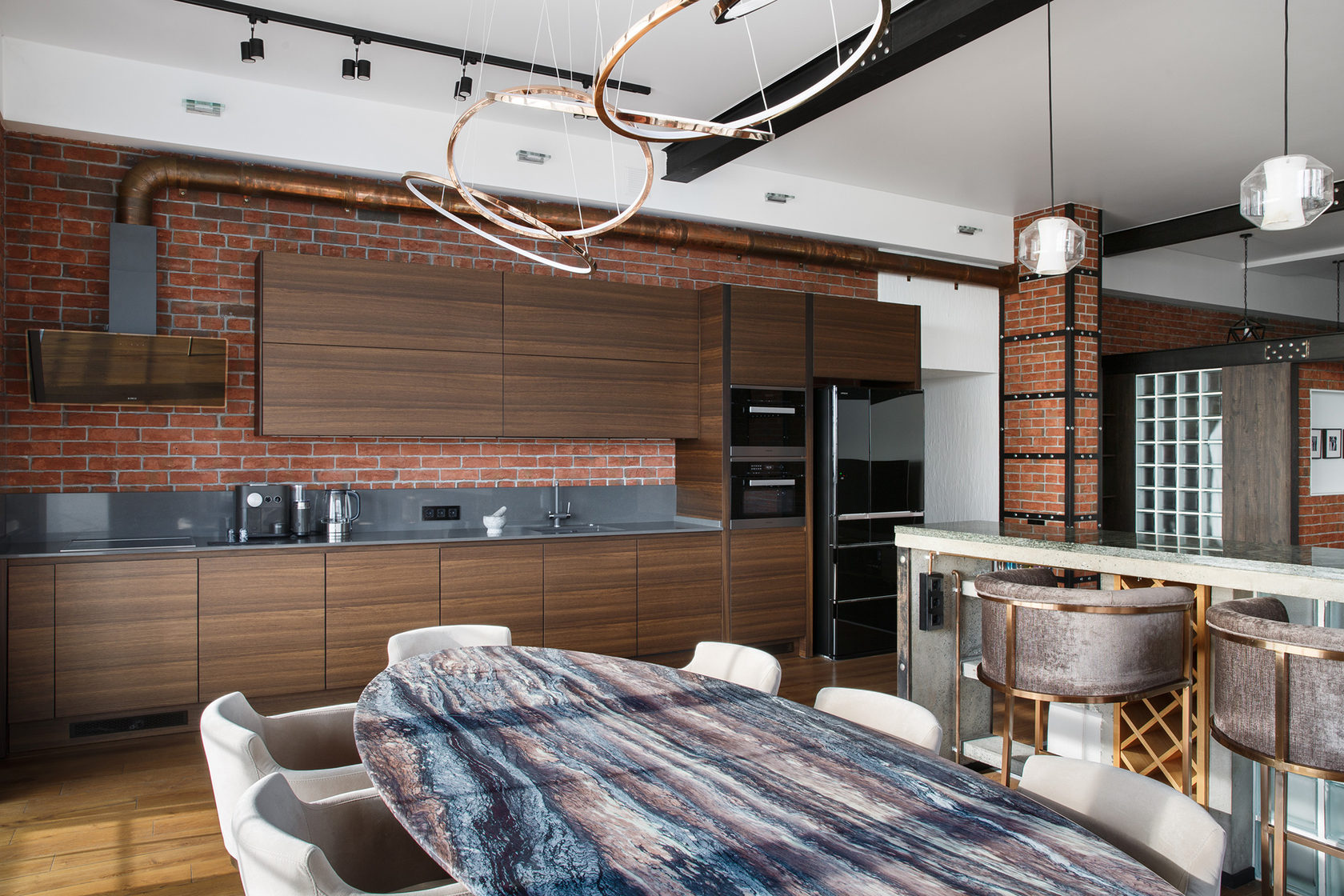 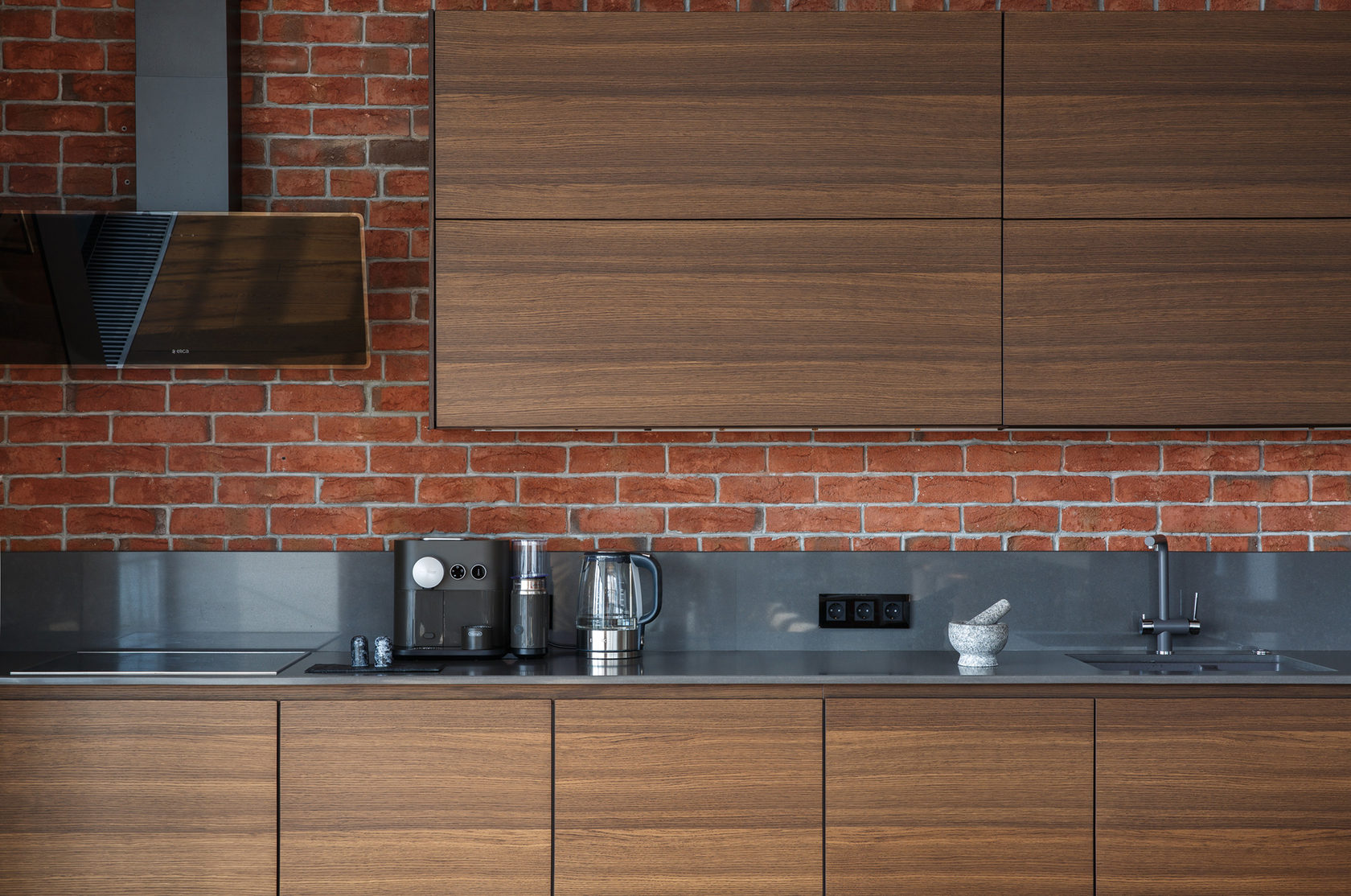 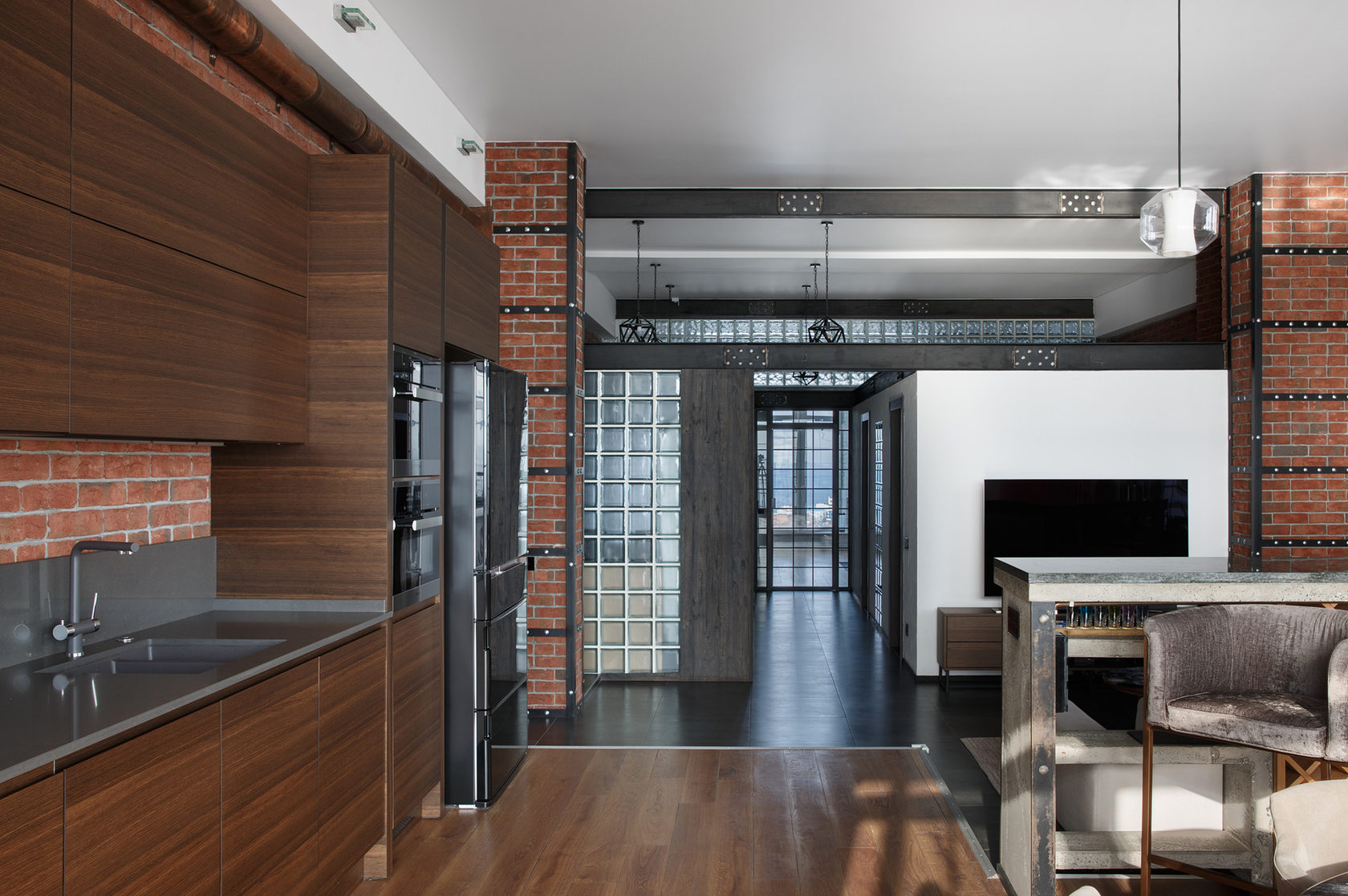 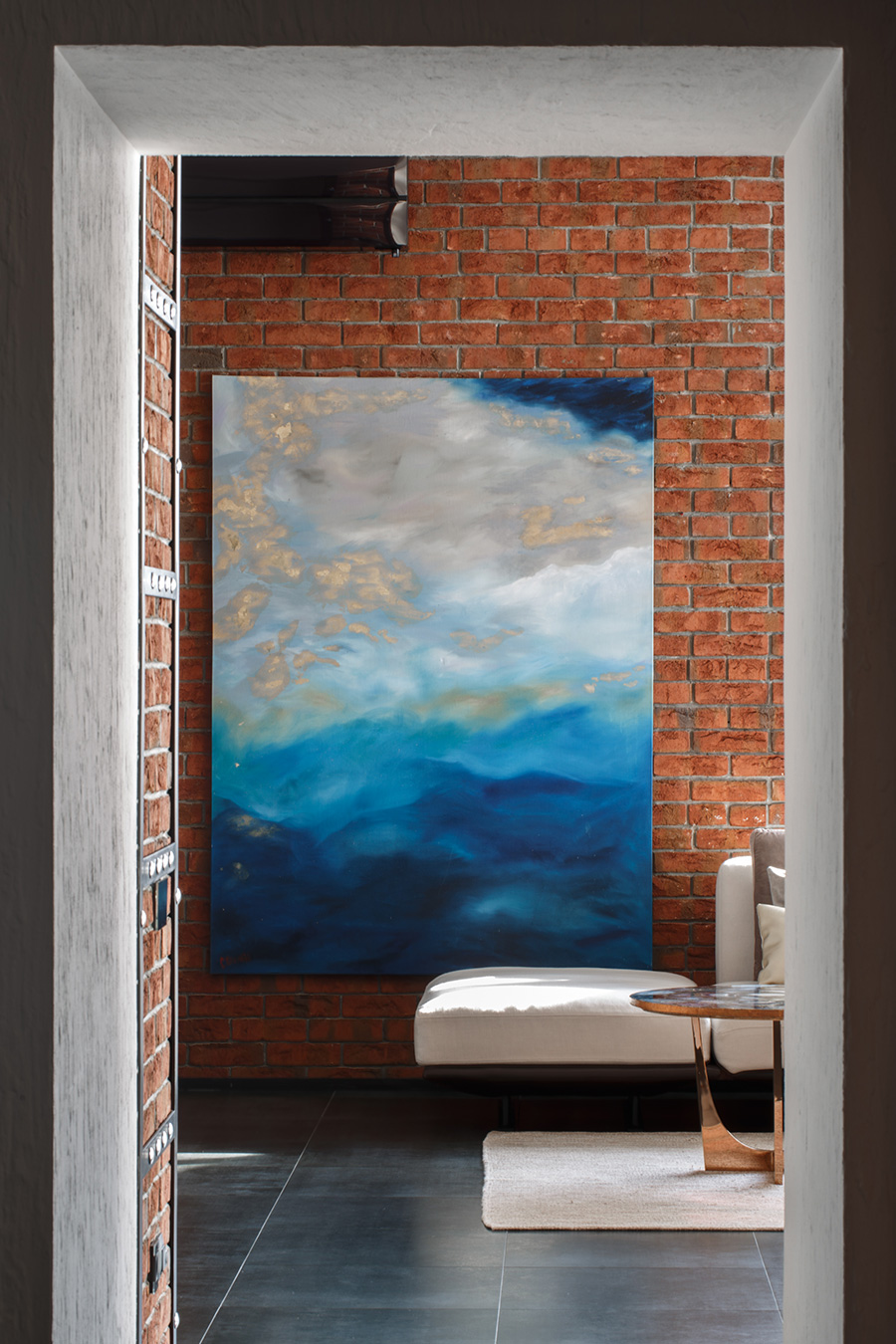 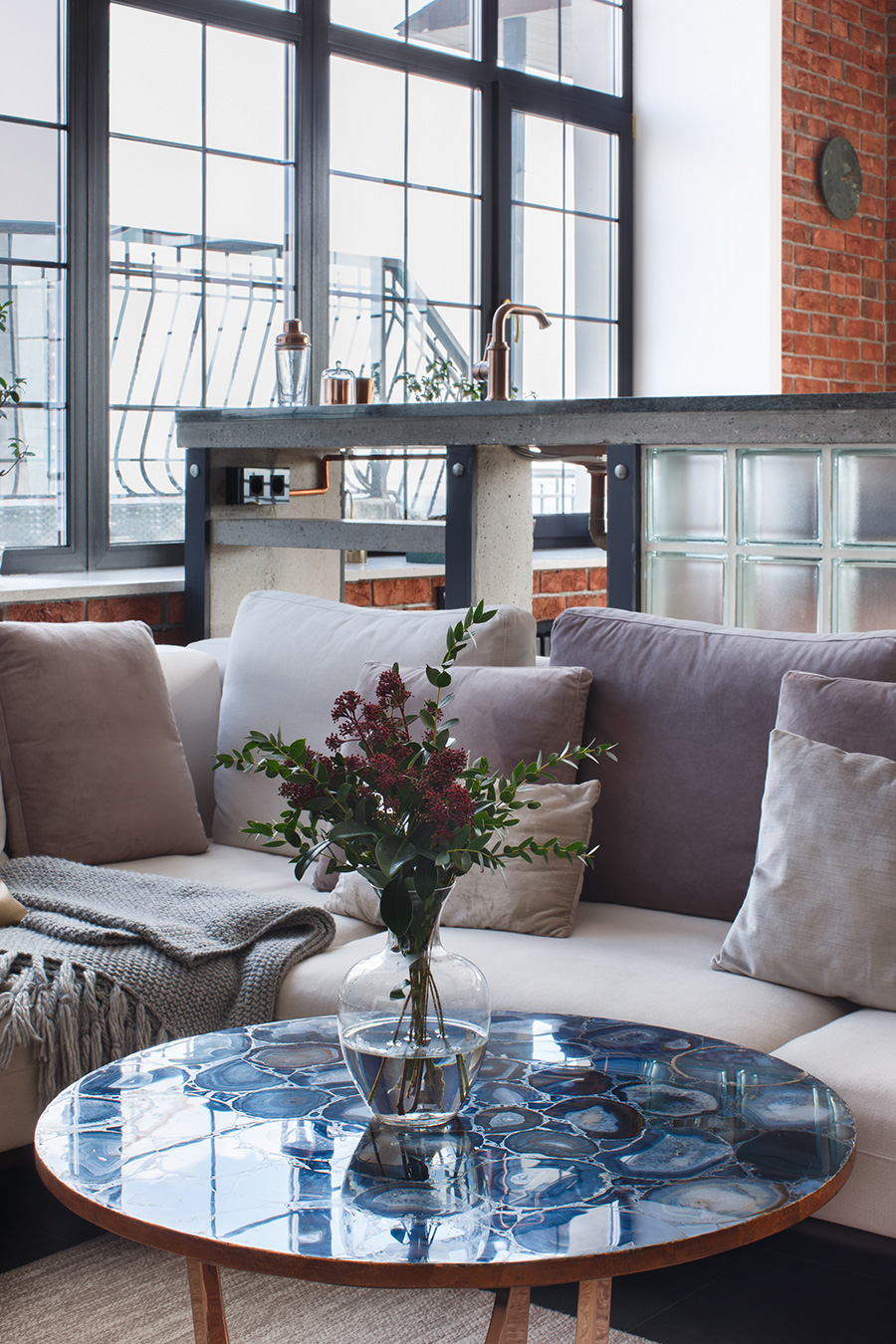 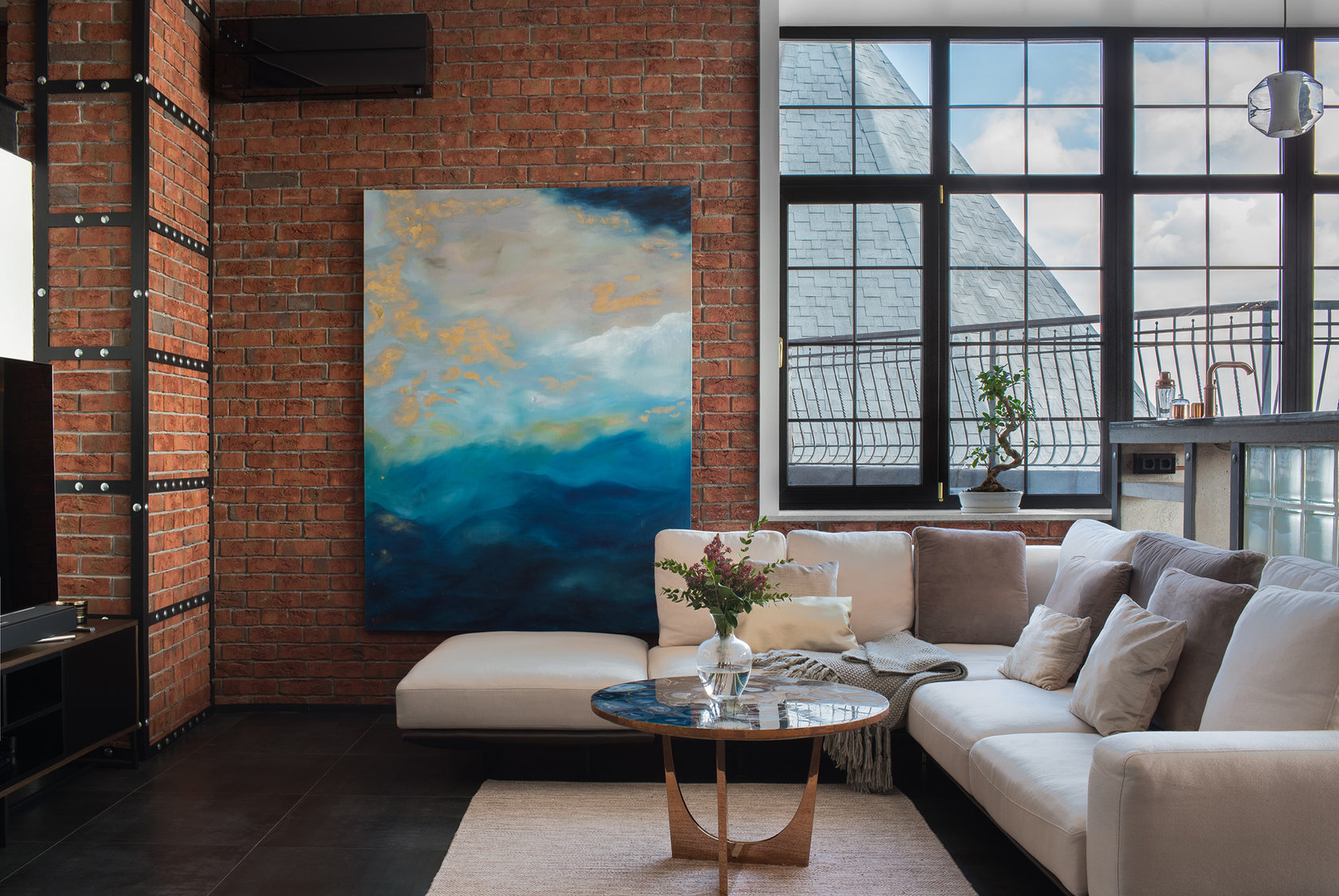 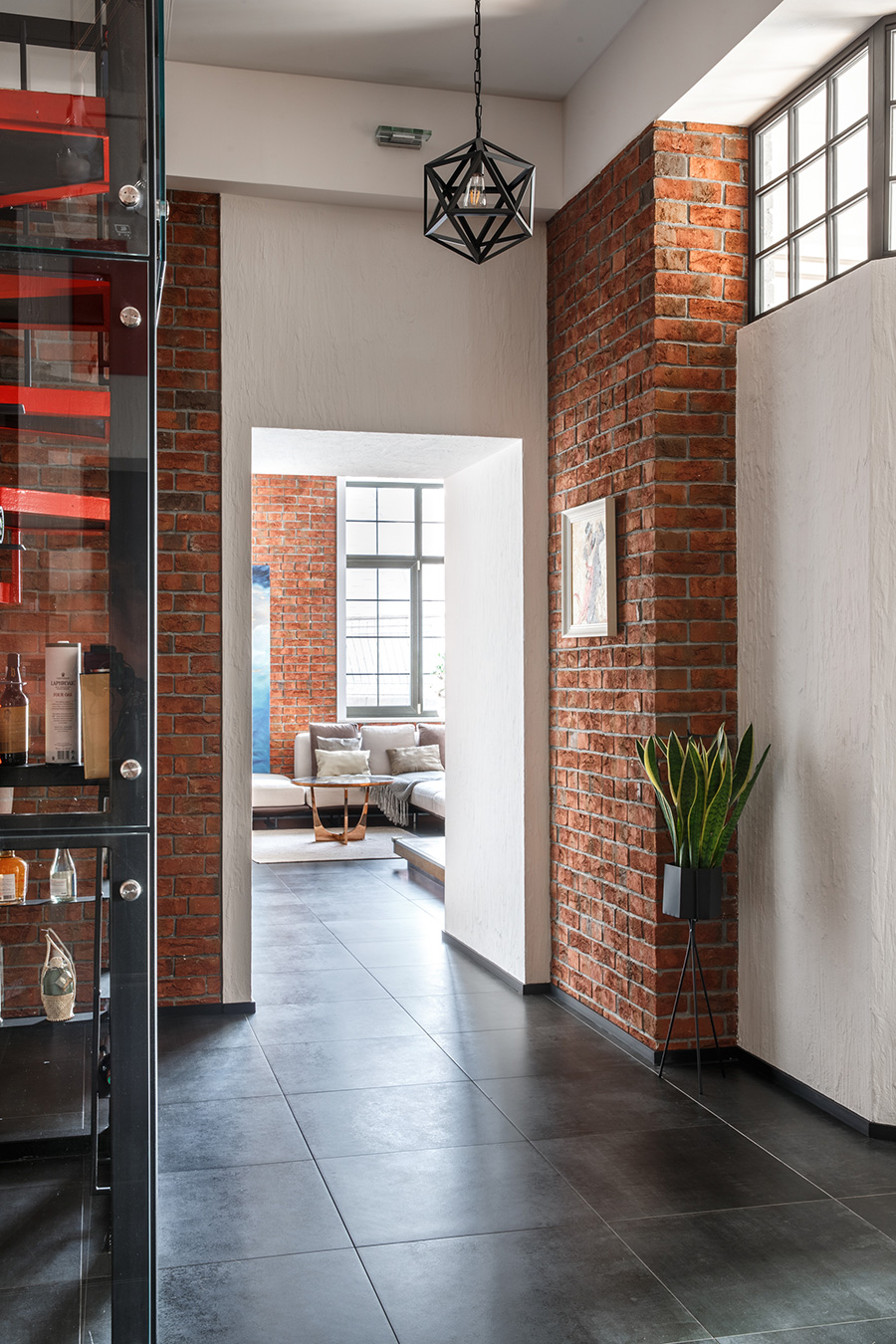 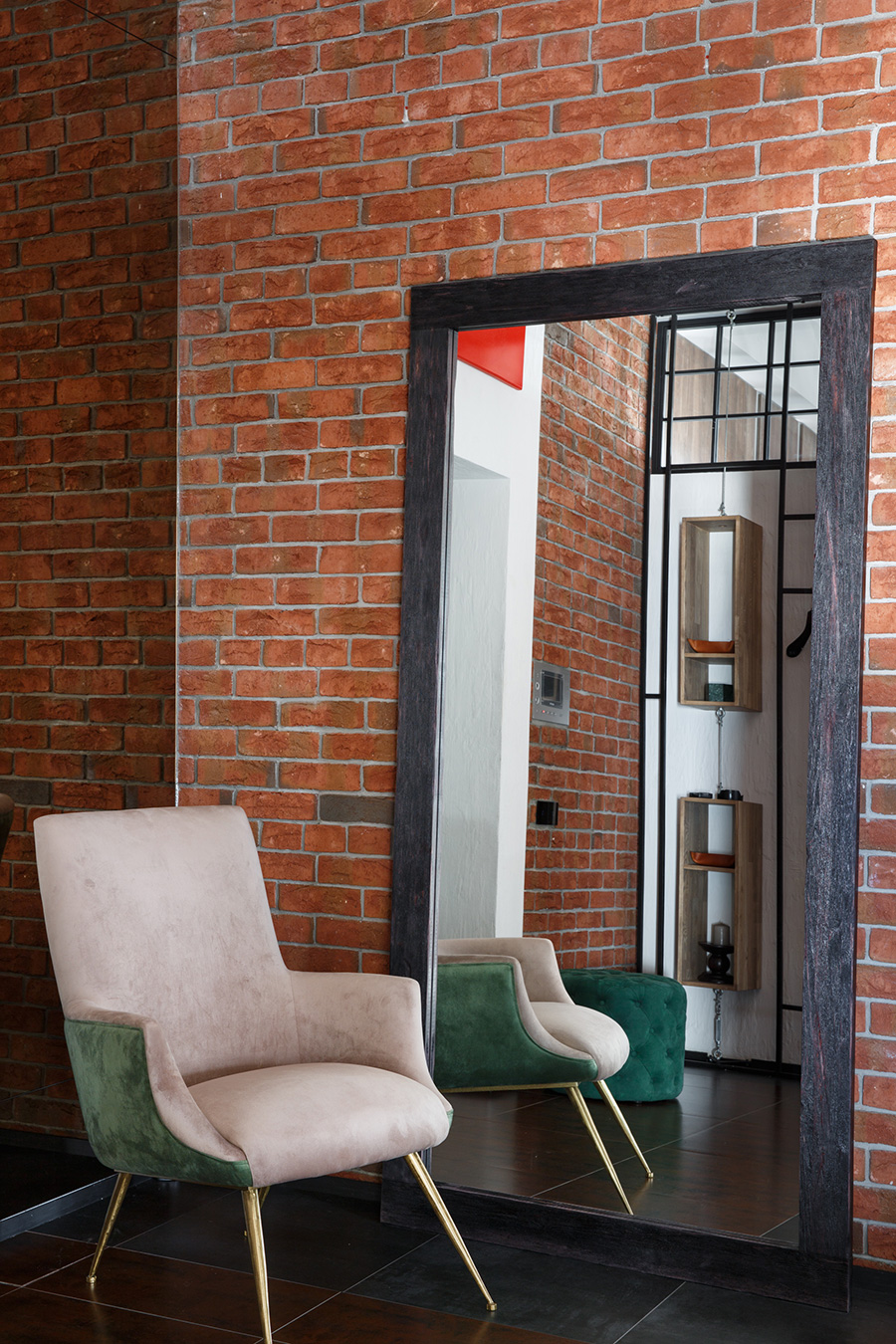 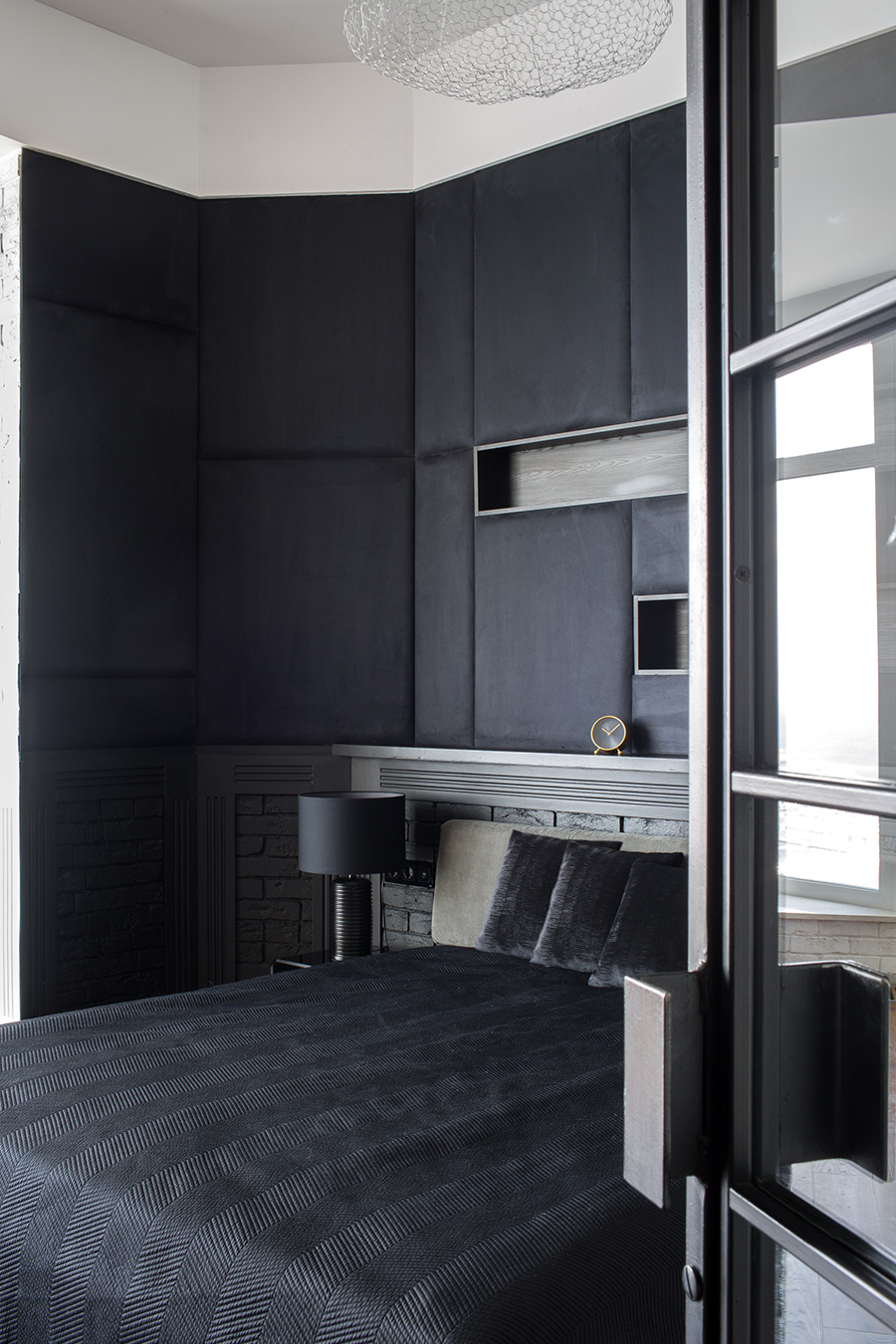 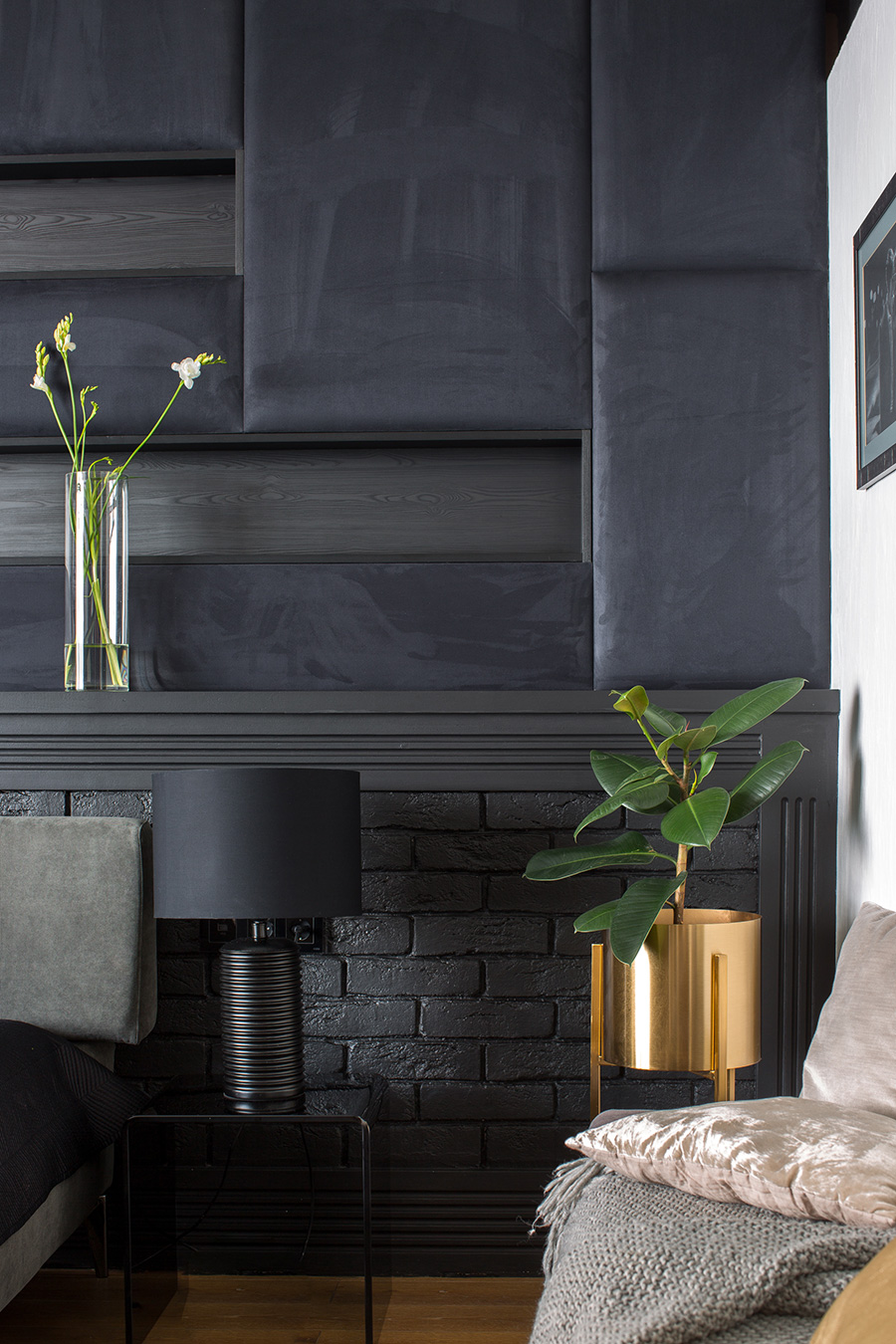 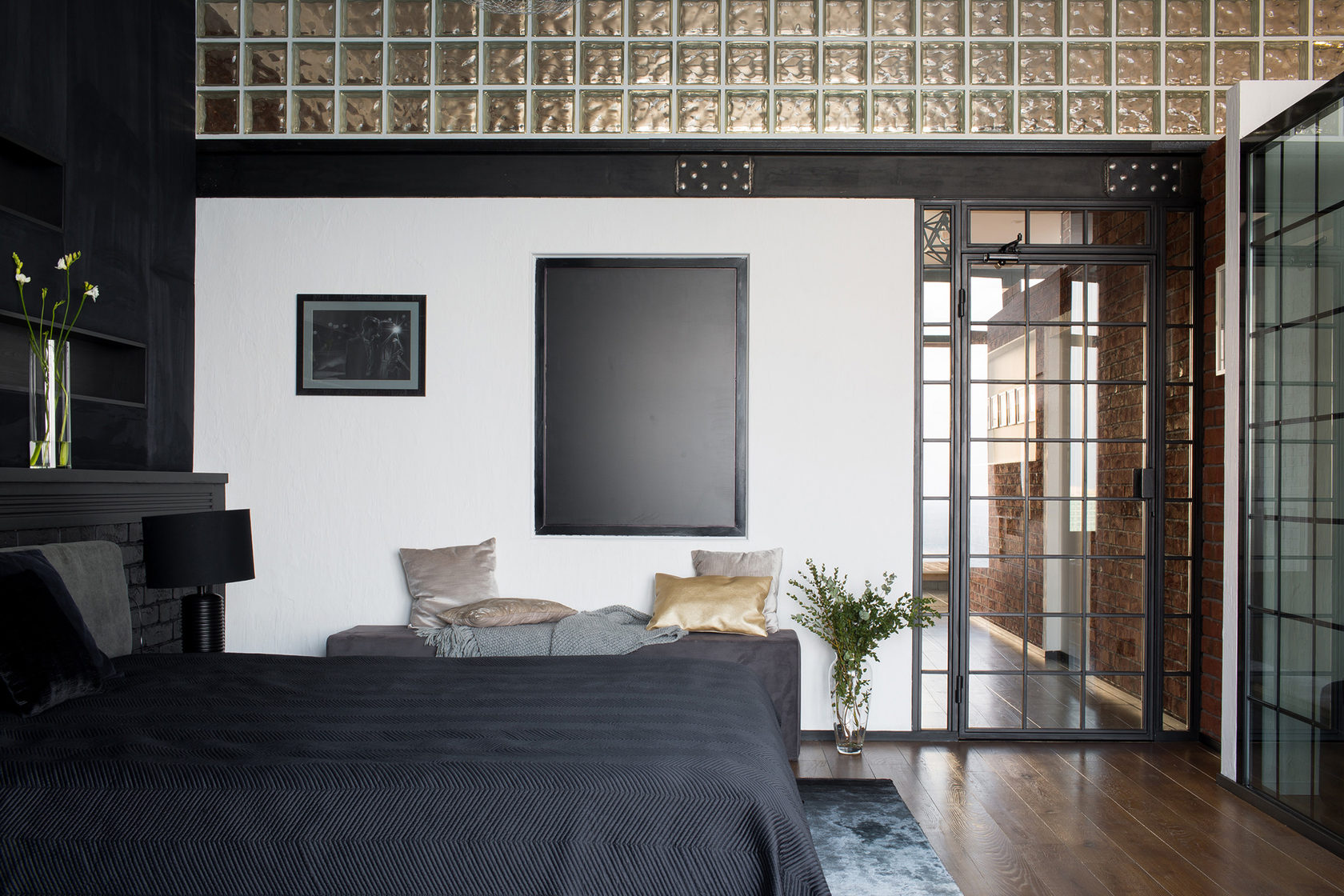 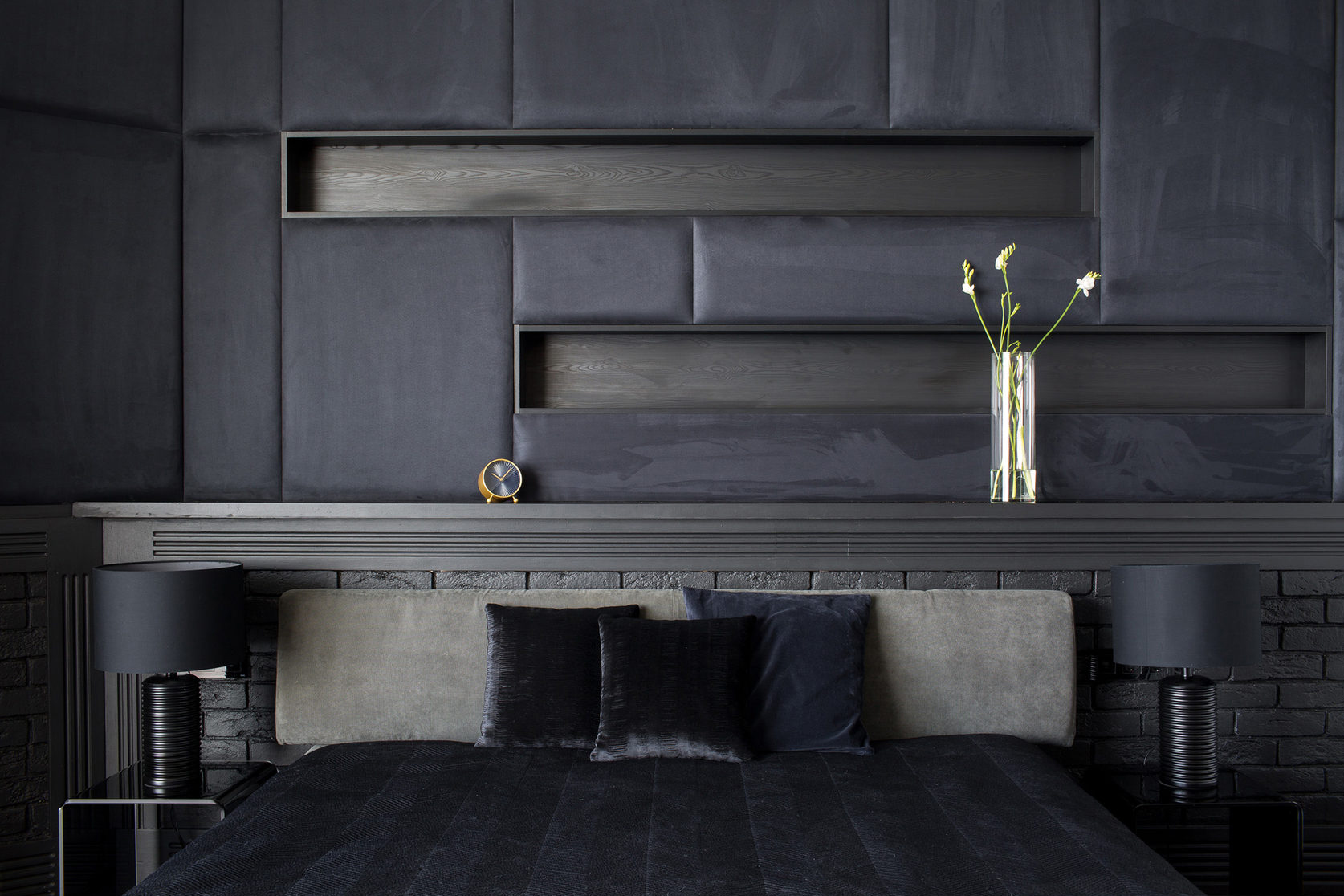 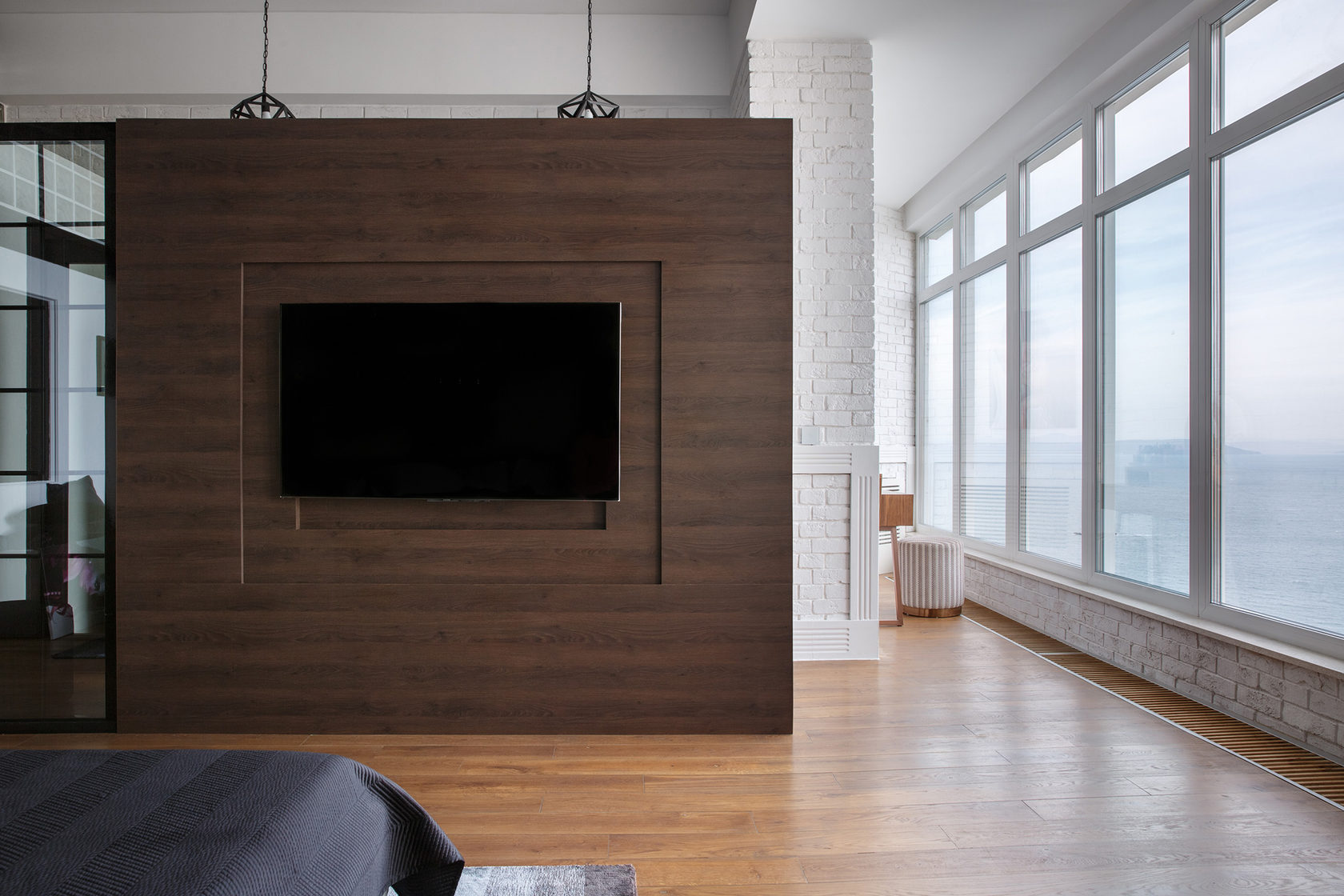 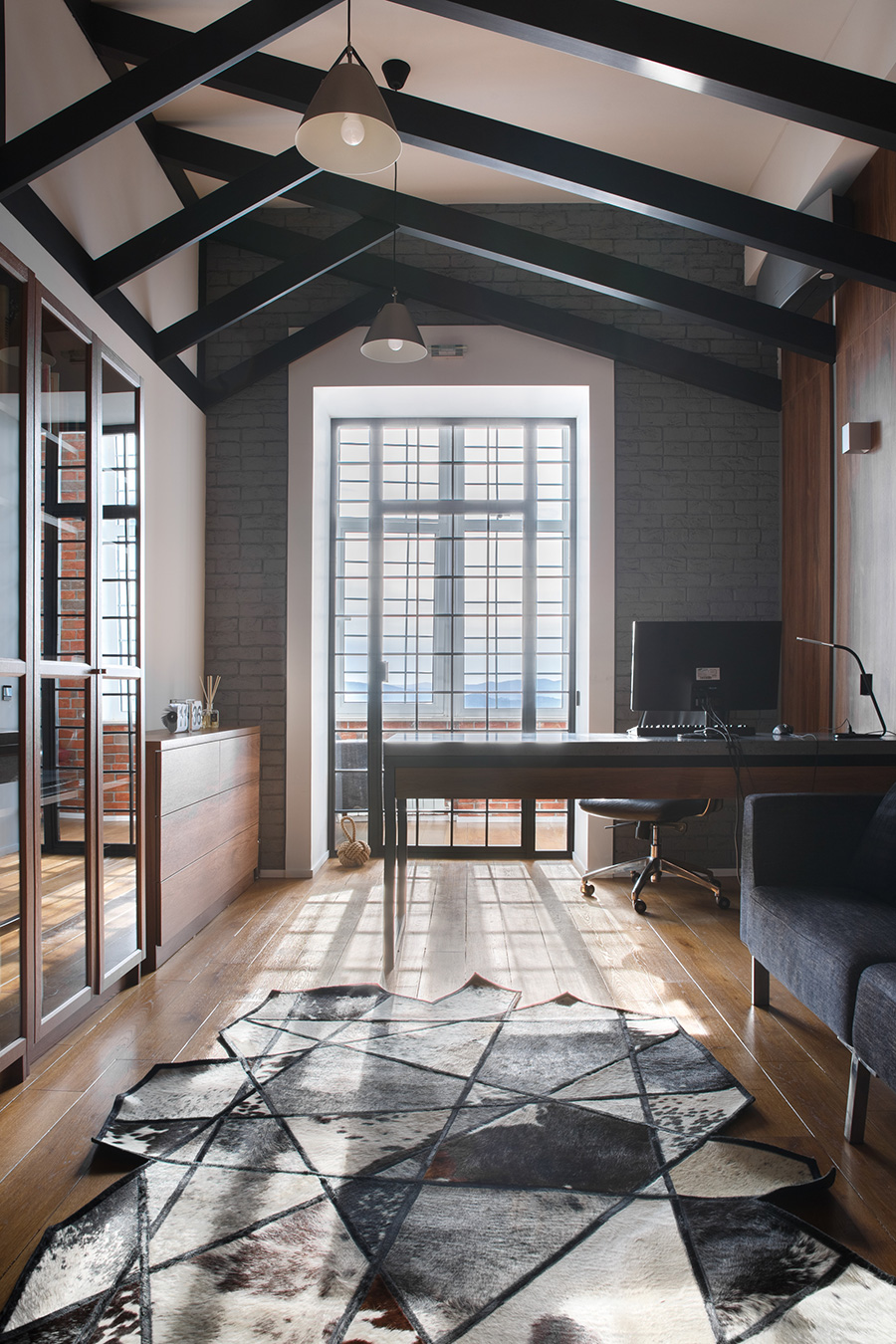 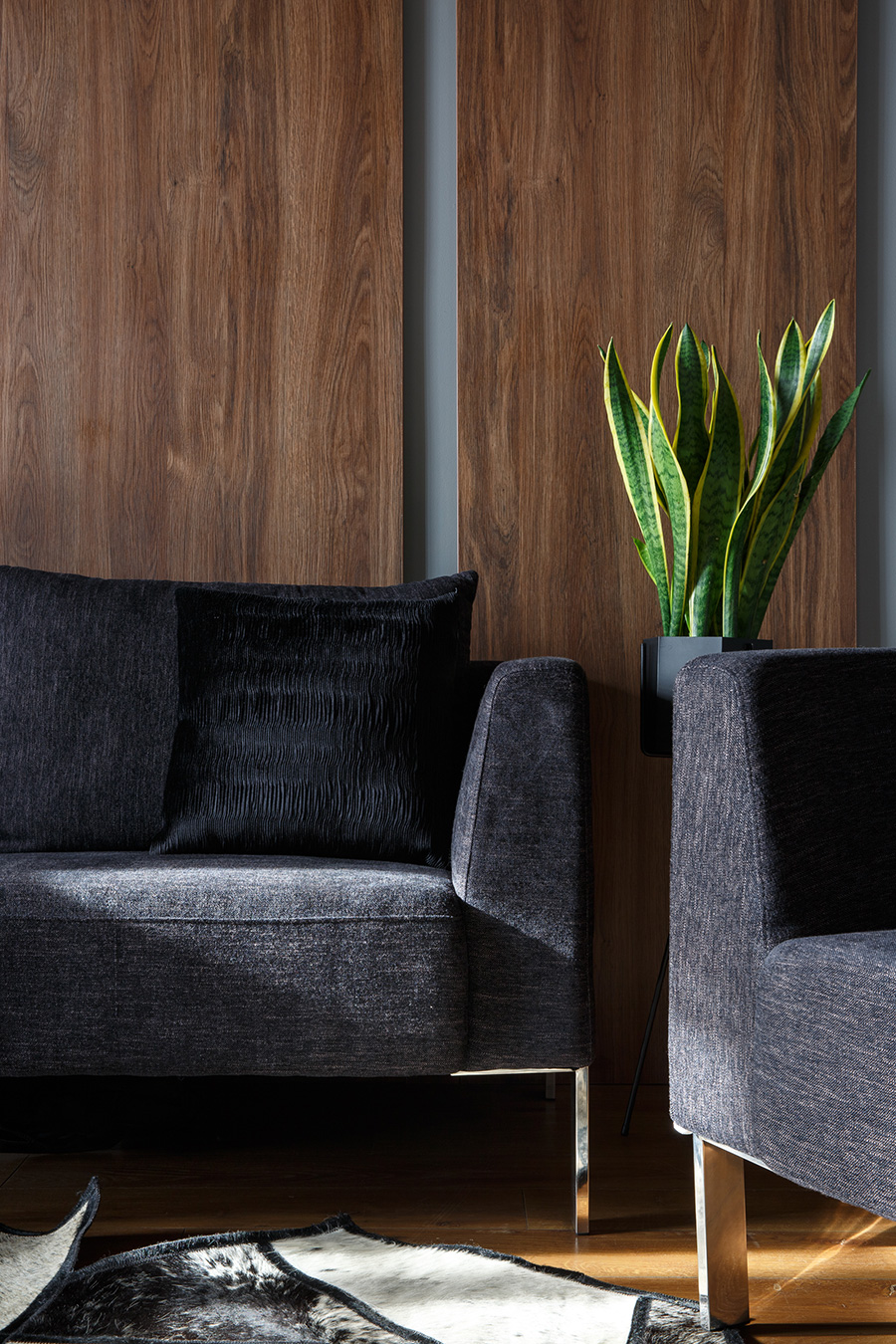 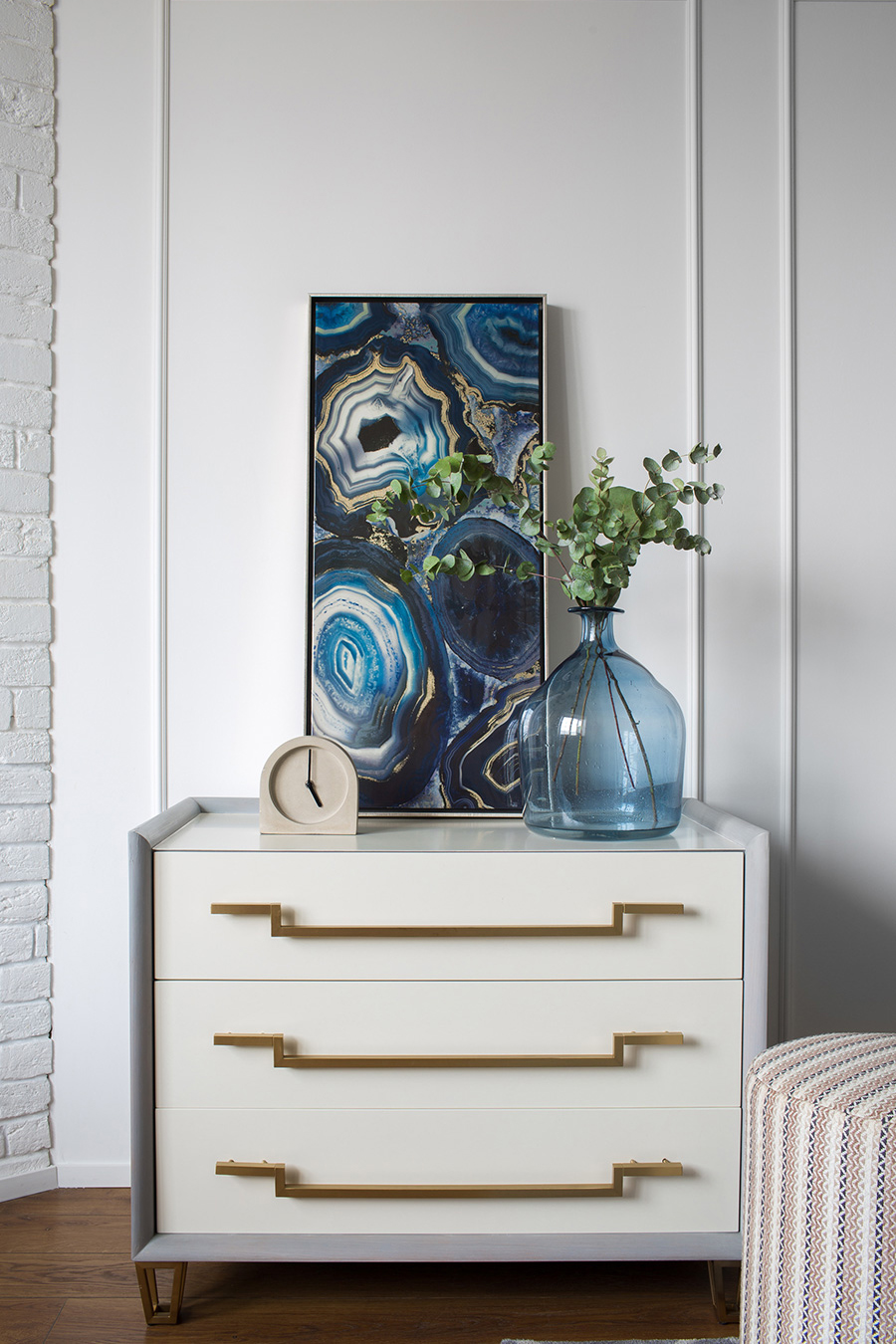 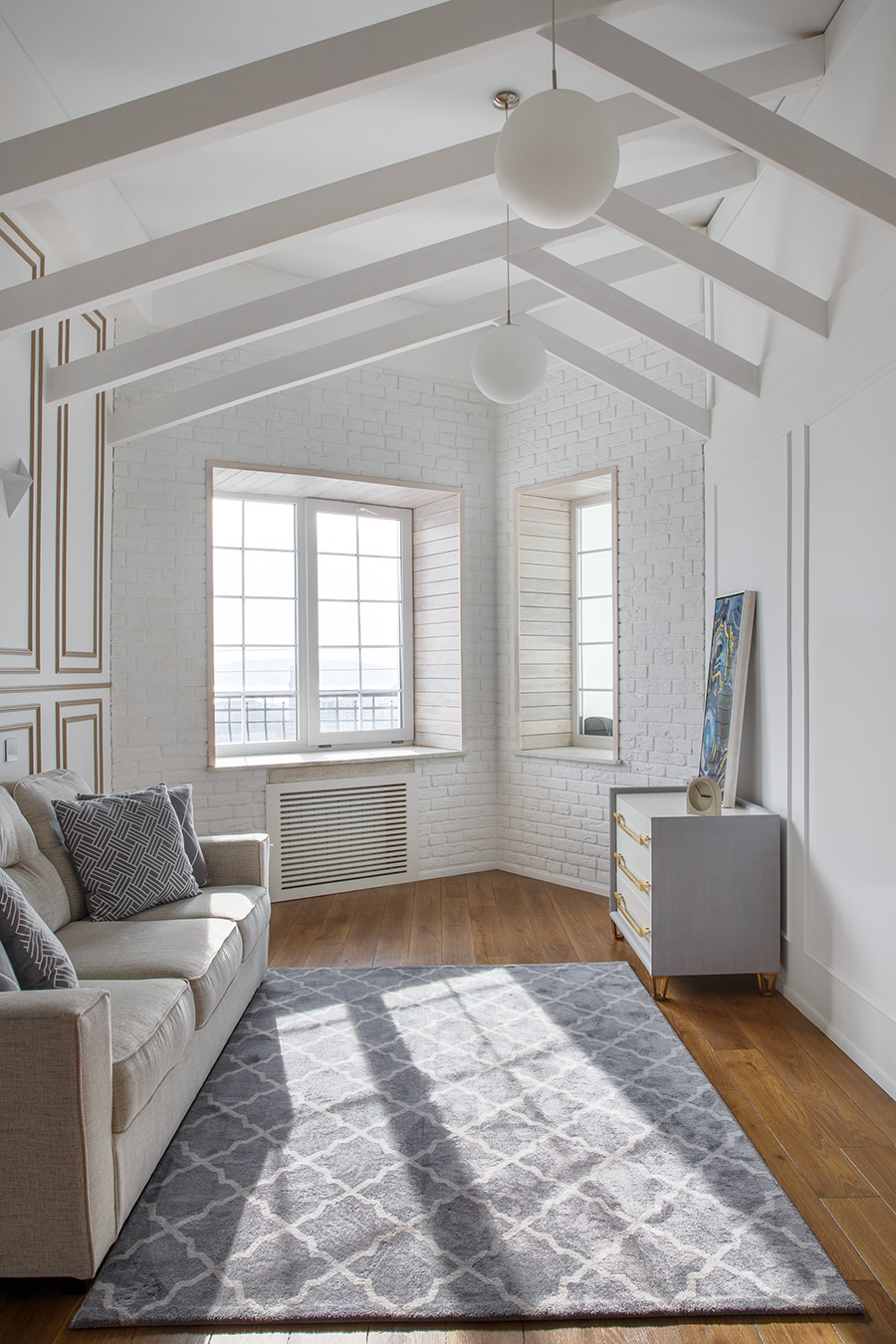 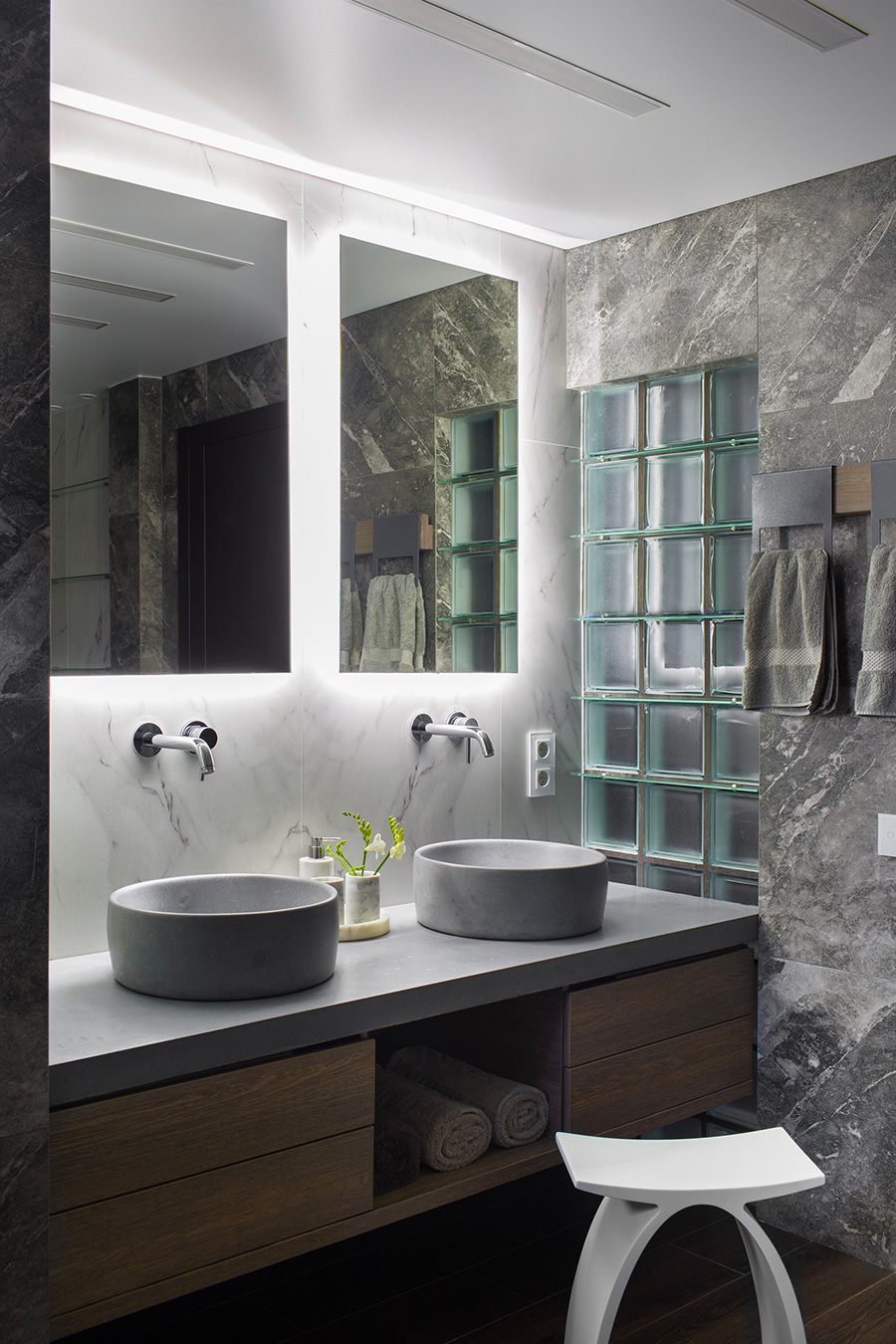 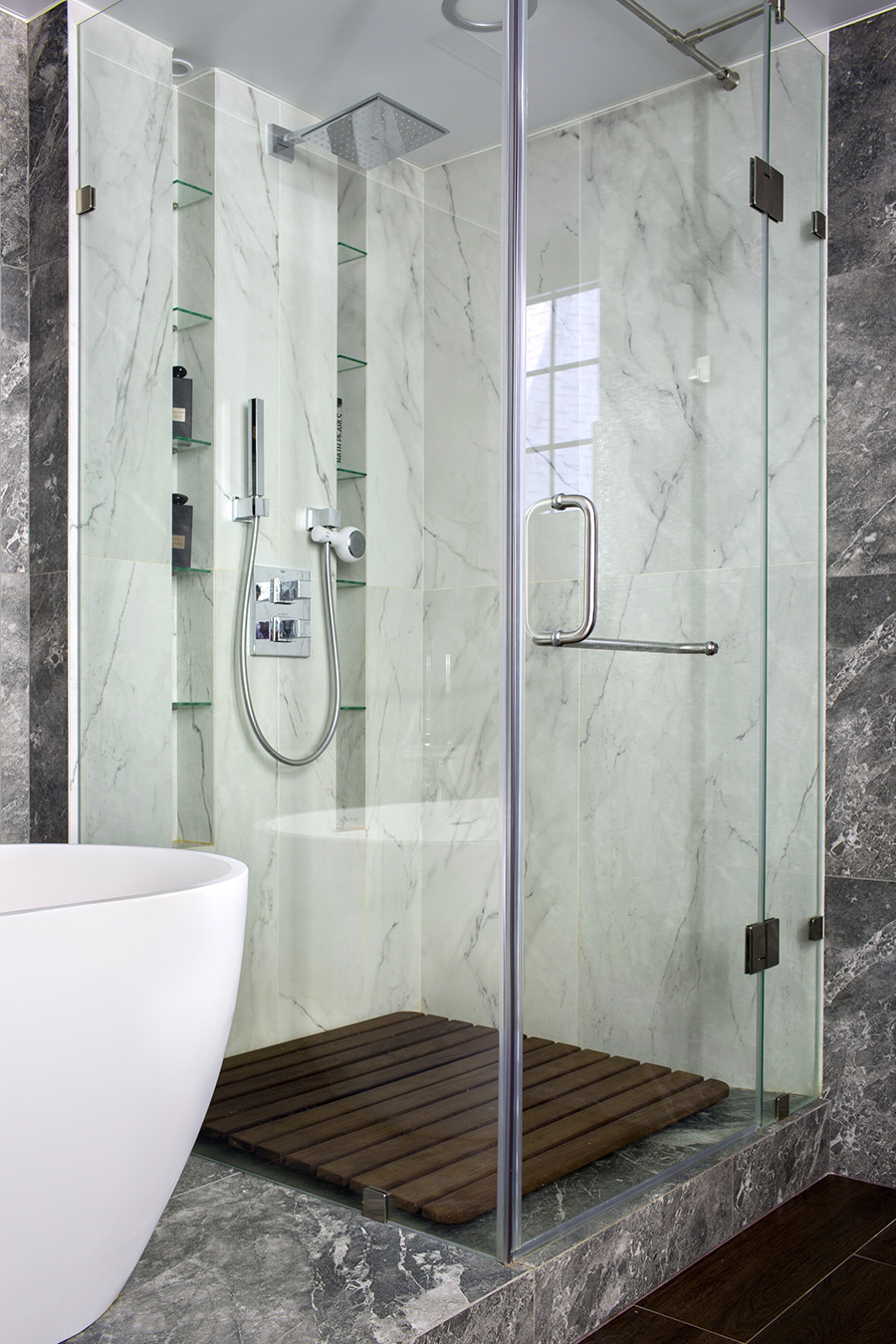